Eddie Murphy net worth as of 2022 is $200 million. Murphy is an actor, comedian, producer and director. As an actor, he is popular for starring in hit comedies such as Dolemite Is My Name, The Nutty Professor and 48 Hrs. For this piece, let’s take a closer look at Eddie Murphy’s net worth in 2022. 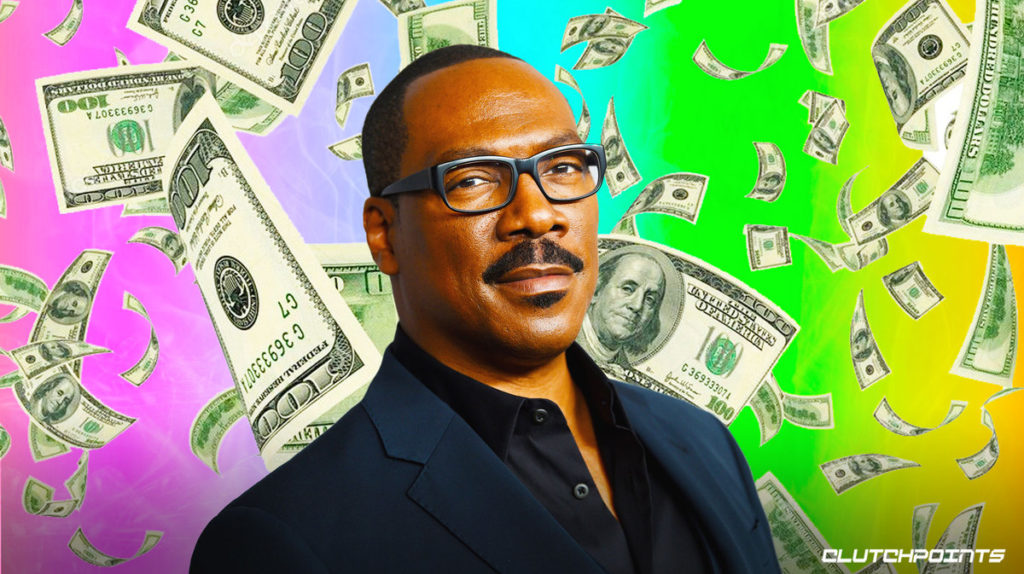 Eddie Murphy net worth as of 2022 is $200 million. This is according to reputable outlets such as Celebrity Net Worth.

Eddie Murphy was born in Brooklyn, New York. He attended Roosevelt Junior-Senior High School, where he sparked his interest in stand-up comedy. After graduating, Murphy enrolled at Nassau Community College. However, he eventually dropped out to pursue a career in stand-up comedy.

According to Murphy, his career began in 1976 when he performed in a talent show held at the Roosevelt Youth Center. Soon after, Murphy became popular for his performances with Saturday Night Live. He originally earned $4,500 per episode. Murphy has notably portrayed iconic SNL characters such as Mr. Robinson and Gumby. For playing a significant role in SNL’s return to relevance, Murphy’s salary was eventually increased to $30,000 per episode.

Given his growing success with Saturday Night Live, it won’t be long before Murphy’s comedic skills are showcased on the big screens. In 1982 he starred in the movie 48 Hrs. and got a $200,000 salary. In the sequel, Another 48 Hours, in 1990, Murphy would return to the role of Reggie Hammond. Murphy would be paid an even more lucrative $12 million.

Murphy would go on to star in such iconic comedies as Trading Places in 1983 and Best Defense in 1984. His role as Lt. TM Landry would net him his first million dollar paycheck for a single film role. That same year, Murphy also starred in Beverly Hills Cop where he was paid $14 million. For the second and third installments of Beverly Hills Cop, Murphy was paid $8 million and $15 million, respectively.

Murphy’s next big break came in 1996, when he portrayed Sherman Klump in the comedy hit The Nutty Professor. Murphy was paid $16 million for his role in the film. The second part of the film would make Murphy richer. The comedic actor was paid $20 million with an additional 20% of gross for The Nutty Professor II.

Apart from The Nutty Professor movies, Murphy has also earned huge paychecks from his role in the Dr. Dolittle movies. For bringing Dr. John Dolittle to life, Murphy received $17.5 million in the first film and $20 million in the sequel.

Murphy went on to have great success as a comedic actor. He was paid $20 million for starring in The Adventures of Pluto Nash. Additionally, Murphy also received a lucrative $7.5 million salary from Tower Heist. In 2007, Murphy received the Golden Globe for Best Supporting Actor and was nominated for an Oscar for playing James “Thunder” in the early film, Dreamgirls. All of which, of course, helped add to Eddie Murphy’s net worth in 2022.

Besides traditional acting, Murphy was successful as a voice actor. He played an instrumental role as Mushu in Disney’s Mulan, which was a huge hit. Murphy also voiced Donkey in the iconic animated film, Shrek. The comedian earned at least $17 million combined from all Shrek installments.

After moving relatively far from theaters in the 2010s, Murphy returned to the big screens in 2019. With the role of Rudy Ray Moore in the film, Dolemite is My Name, Murphy earned a Golden Globe nomination. That same year, Murphy agreed to work with Netflix to produce a series of comedy specials. The Netflix deal would earn Murphy $70 million.

Murphy earned a lot of income from his movie deals. His total earnings from movies are around at least $300 million. Since it requires around $20 million per movie, Murphy’s already huge net worth could grow even further. The actor is tipped to appear in the second installment of Coming to America and the fourth film of Beverly Hills Cop. Murphy’s other upcoming films also include Triplets and Your People. On top of that, Murphy also teased that Shrek 5 might be in the works and that he was ready to reprise his role as Donkey.

Considering Murphy’s huge net worth, much like his acting career, Murphy has a strong real estate portfolio. The comedian has owned mansions in Granite Bay and Beverly Hills. Additionally, Murphy also owned private islands in the Bahamas. He previously owned Pearl Island. However, Murphy would also purchase a 15-acre private island called Rooster Cay, for which he paid $15 million. Nevertheless, were you stunned by Eddie Murphy’s net worth in 2022?